The Lure of Owls in Algonquin Park

For the past decade, I have frequently visited Algonquin Park to observe birds. While watching all birds, common or rare, excites me, the prospect of seeing an owl in the Park gives rise to sensations that are inexplicably heightened and mysteriously reverential. I know I’m not alone in feeling this, as owls have inspired emotions as widely varying as awe, love, fear, devotion, and even obsession in humanity since eons. They are said to possess an all-knowing wisdom that is sometimes considered as old and deep as many of the trees on which they roost and nest.

Nevertheless, many cultures abhor them and associate them with ill omen and death. What is this aura that makes owls at once admired, hated, feared, worshipped and more? I’ve thought much about this but there’s no one answer that stands out. 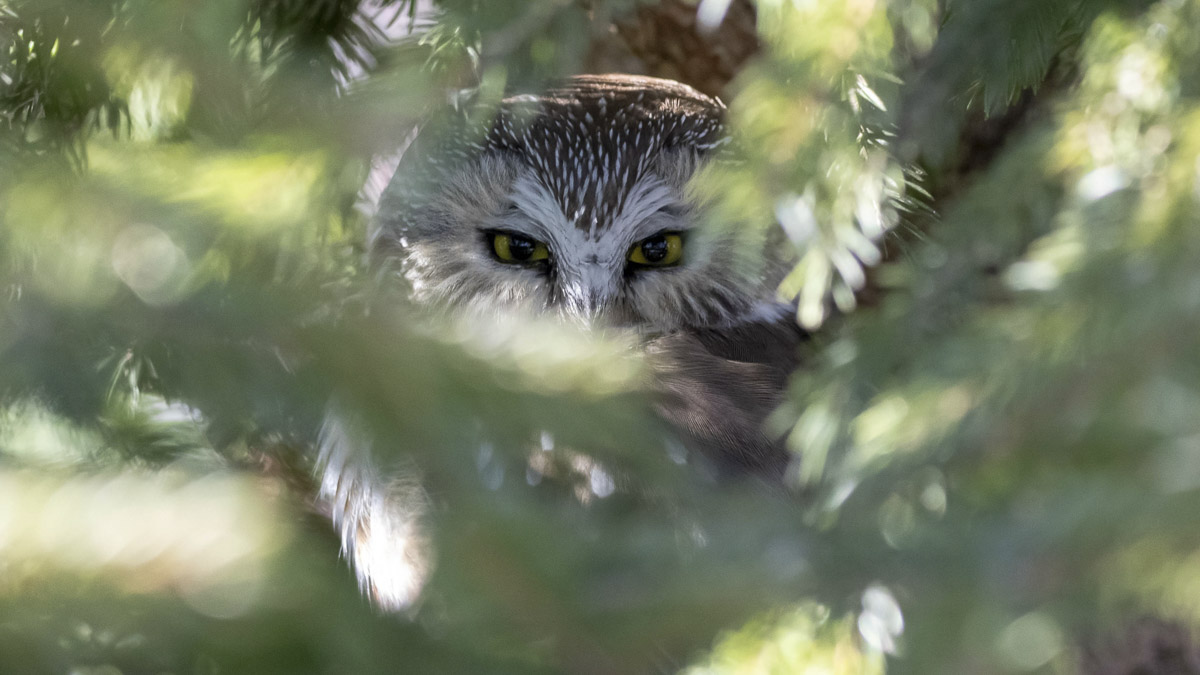 It may be that it’s the forward-facing eyes of the owl, much like humans, that seem to bore into the soul as you look into them. It may be that their eyes shine with an uncanny brilliance and blink slowly, even while their bodies seem to be absolutely still. It may be their eerie calls that seem to emanate from regions so mysterious and dark that we assign them special meanings. It may be the almost supernatural way in which they soar on silent wings, taking prey that never knew what hit them. It may be the slow, deliberate turn of the head that seems unnatural and a sign of omniscience at the same time. 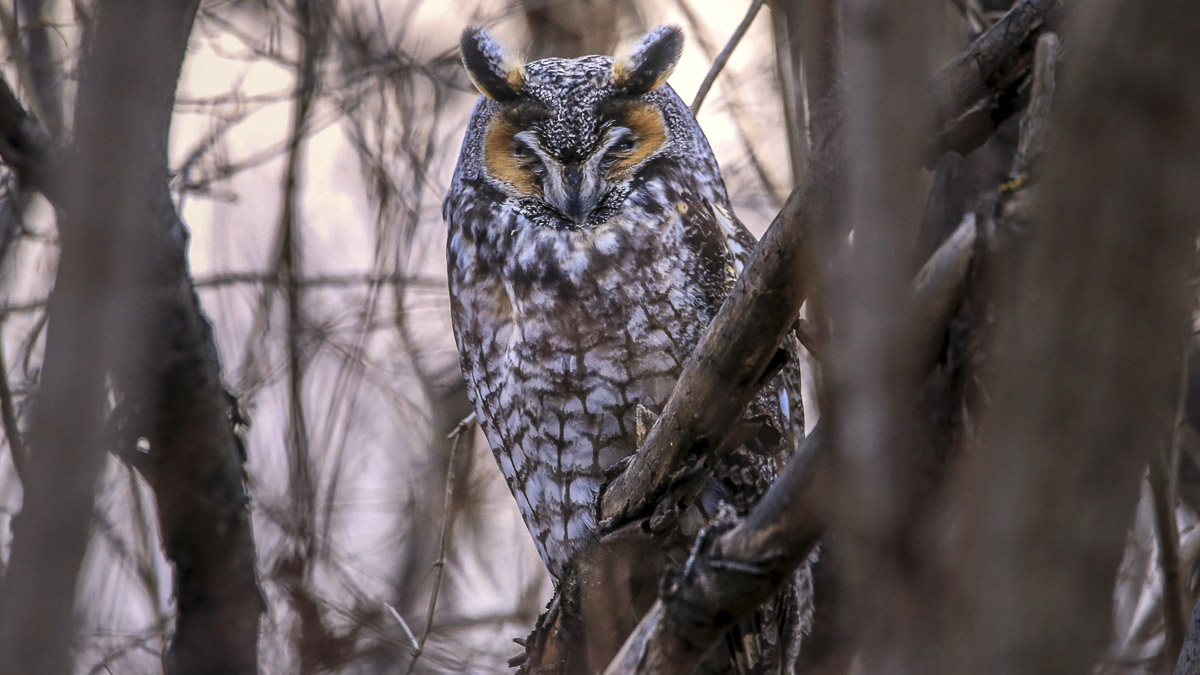 Or it may even be their propensity to be hidden at most times, especially during the day, when the affairs of the rest of the world are conducted. Most of all, however, it seems to me that we both fear and worship the owl because it has come to represent the unknown in ourselves, those nether depths of the soul that we dare not plumb, those hidden passages of the caverns within the mind where fear lurks unchecked and casts a shadow upon all else when we acknowledge it in rare moments. 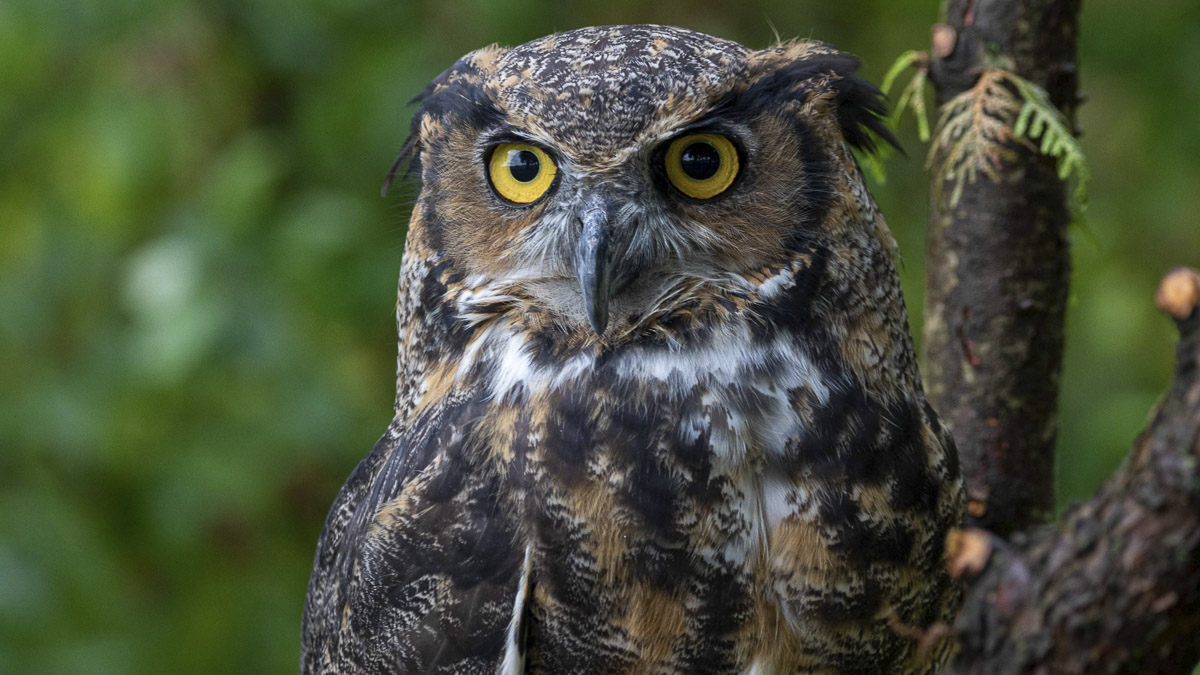 Since owls have had a huge impact on art and literature throughout centuries, here’s a little poem that I want to end this piece with:

I lay my weary frame
On this wooden bed,
And I fly to you,
little Saw-Whet Owl.

In Algonquin’s forests,
By dawn’s light I find you,
Resting your weary head,
On the mighty hemlock

Night here or day there
In silence we converse,
And slowly drift,
Away from this cruel world. 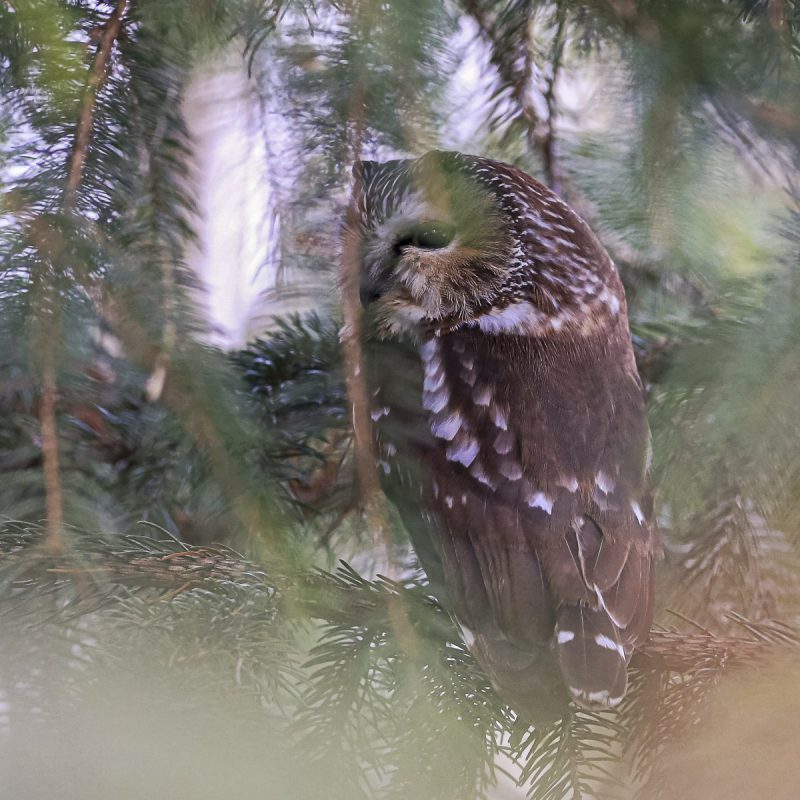 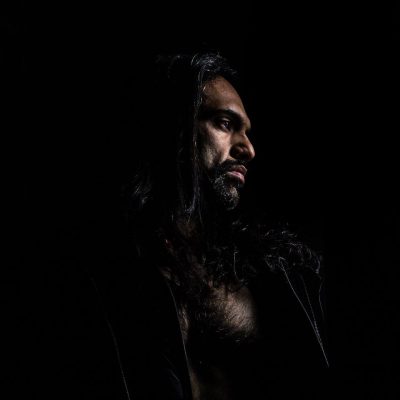 Ankur is a tenacious advocate of socio-environmental justice and he works to amplify the voices of the muted and the unheard. He also loves wildlife and this love has taken him all over the world. Combining his love for the environment and his passion for working towards a more equitable world, he wields the camera and the pen to tell compelling conservation stories.