What’s in the air at Algonquin Outfitters? At some stores, it could be campfire smoke, on occasion. But, there’s also something else, something less aromatic but much sweeter. Even when it’s not Valentine’s Day, it can often be said that love is in the air!

Over the years, the air at numerous Algonquin Outfitters (AO) stores has been imbued with the enchanting aroma of blossoming love. Although this delightful phenomenon dates back to the early days, when the only store was at Oxtongue Lake, budding romances have been observed at several of the chain’s current locations. However, it’s safe to say that Jack and Peggy (Greaves) Hurley are AO’s original king and queen of hearts. 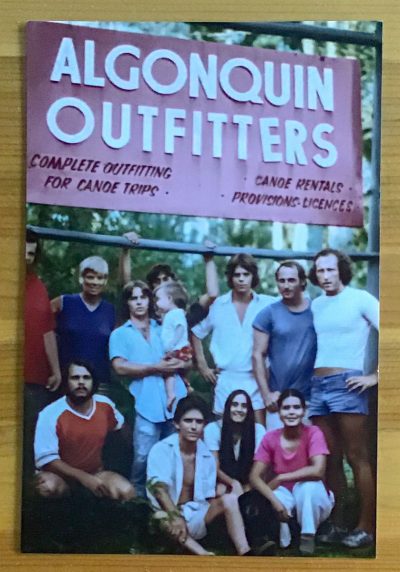 “I’ve known Jack since I was probably 16,” said Peggy. At that age, she often babysat for Swifty and Skinny, as Bill Sr. and Wendy Swift were commonly known. Jack was with Camp Pathfinder in the summer, initially, but shifted to AO for seasonal work. When she was 18, Peggy recalled, Swifty arranged for Jack to take her out for their first date, chaperoned by a friend. Jack magnanimously told her to “pick any place” and, since she wasn’t familiar with the city they were in (Rochester, NY), she inadvertently picked a strip club. Jack quickly fell in love with this wild beauty!

When he first proposed, though, Peggy said “No.” She dated someone else for a bit but, once they returned to AO after college, they reunited and, on Dec. 20, 1974, they got hitched. The following year, they became AO business partners with the Swifts and parents of their first child, Alex.

Alex followed in his parents’ footsteps in some key ways. Like his father, he’s a Pathfinder alumnus who went on to work many summers at AO Oxtongue Lake. He also met his match there, falling in love with a wild beauty named Leah Sanders, one of the first paddlers to complete the challenging “Meanest Link,” along with three female colleagues who also worked at the Oxtongue Lake store. Leah and Alex went on many trips together in Algonquin Park, often serving as guides for AO groups.

One of Leah’s gal pals on that legendary 2005 Meanest Link paddling expedition was Jaime Capell, who is now the Oxtongue Lake retail manager. She, too, makes the AO romance list because she started dating her mate, Benji Jordan, when he visited the store to rent a canoe. She’d known him in high school, she said, but that canoe rental ignited their courtship.

Another AO relationship connection spin-off occurred several years later when Bob Stronach went to Japan to visit his former Oxtongue Lake co-workers, Alex and Leah, where they were teaching English as a second language. Although Bob had some romantic liaisons while working at AO, he didn’t meet his lovely mate, Asako, until he was on the plane to Japan! They’ve been married since 2009.

Several other still-going-strong marriages were sparked at AO in roughly the same era. Kati Wallace said she and Aaron Strickland met when she began working at Oxtongue Lake in 1998, and she believes some AO colleagues may have hatched a plot to get them together. Whether her suspicions are true or not, she and Aaron soon discovered they had a lot in common – a love of the outdoors, a sense of adventure and a willingness to step outside their comfort zones. When they got married in 2001, Rich Swift (oldest son of Wendy and Bill) loaned them his Sawyer canoe for their honeymoon in BC; they’ve recently moved back to BC, where they’ll be celebrating 20 years of marriage this summer.

One person Kati suspects of matchmaking also met her spouse at AO. Cathy Fairbairn, who worked briefly in the outfitting department and as a canoe guide, began dating Jerry Schmanda in the early ‘90s. Jerry, who was the Opeongo store manager at that time, has continued to serve in various capacities within the AO family of stores. Their children, Laurel and Matthew, are already following their parents with respect to AO summer jobs.

Other couples who found their romances blooming at AO stores include: Chris Bosworth, who worked at Opeongo, then Huntsville, where he met Patricia Durand; Jessie Lowey (Oxtongue Lake) and Neil Ross-Ross (Minden/Haliburton); Candice Hurley and Torin Wouters (both at Opeongo); Brad Coultes and Shannon Irwin (both at Huntsville); Kate Coutts and Chris Thorpe (both at Huntsville). As well, Peggy mentioned another couple who began dating while working at Oxtongue Lake in the late ‘60s or early ‘70s and are still married – Gord and Cathy Ross.

Peggy also recalled a fun-loving guide from Quebec named Francois Millette, who had his share of romance at AO. Decades later, his wife Dawn played cupid for Gord Baker and me (Jenny Cressman), when we were living in Smiths Falls, where he worked for Harvest Foodworks and I was a newspaper reporter. Before long, the Swifts invited Gord to work at AO, making him the second year-round, non-family staff member (Jerry was the first). I soon followed Gord to Dwight and helped create AO’s first computerized customer database.

Once there, we must have inhaled because, within a year, we were married (1993). There certainly seems to be something in the air at AO!

[If you have a story about finding your true love because of Algonquin Outfitters, please write about it in the comments.] 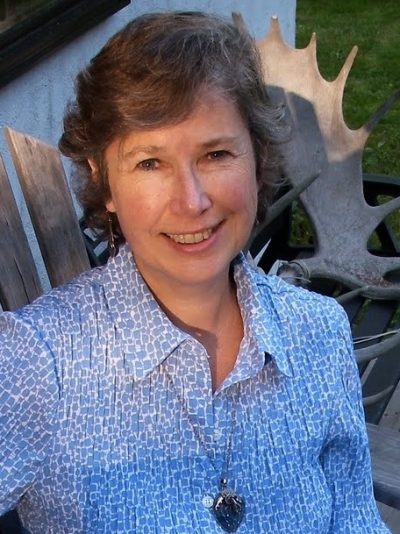 Jenny Cressman has been a journalist for much of her adult life and has recently authored Cuban Kisses, a rollicking romance-adventure novel set in Cuba. Jenny has enjoyed a variety of outdoor activities all her life, including canoeing and hiking in Algonquin Park. After moving to Muskoka in the early '90s, she worked briefly at the Swift Canoe and Kayak Company and at Algonquin Outfitters' Oxtongue Lake base. In the last few years, she has returned to AO seasonally, assisting in the reservation department. She's also a freelance editor/writer and travel advisor, leading tour groups to Cuba when possible.