A return to Hailstorm Creek 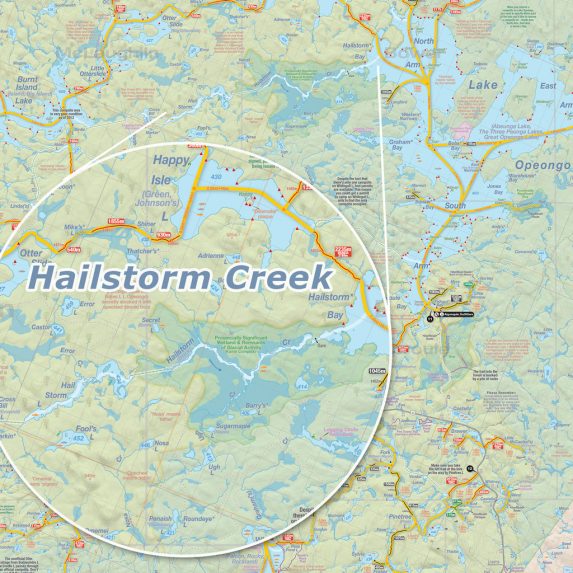 A few years ago, we decided to head into Algonquin’s backcountry for a canoeing daytrip along Hailstorm Creek. It was spring. The water was high, the sun was shining and we had our first real taste of the beauty and isolation of the park’s interior water routes. For all good things, a small taste is never quite enough. So when Emma and I had the opportunity to return to Hailstorm Creek with Algonquin Outfitters in the fall, we jumped at the offer and packed our paddles. The difference with this trip is that we mostly used Algonquin Outfitters’ gear instead of our own and enjoyed the company of Tara Kinden from Muskoka Yoga Studio  who joined the tour with an AO rental SUP and Randy Mitson as our AO guide.

Our day started with gathering our rental gear. A beautiful red Swift canoe for Emma and I, a flashy yellow Swift for Randy and a SUP for Tara were loaded onto the water taxi that would zip us up to the North Arm of Lake Opeongo. (AO provides PFDs and paddles as part of their rental package, but Emma and I decided to use our own for this trip.) I’m not going to lie… the water taxi ride is always a blast. It’s fast and loud and completely the opposite of what you seek in Algonquin’s backcountry. But it’s a ride we don’t often get to experience and always gets us giggling. Within 20 minutes, we were delivered to the mouth of the north arm – a trip that would take hours to paddle in a canoe.

The first thing we noticed on this beautiful day was the difference in the water level. Hailstorm Creek was a lot lower in September than the time we paddled it in May. And the water was thick with luscious lily pads. There was certainly enough water to paddle our route, but we did have to pay a bit more attention to where we were going to keep ourselves from getting tangled in the water’s vegetation. With a bit of a wind, the lily pads and a less-than experienced paddler in the bow, I had to work a little bit harder on this trip. But that was absolutely fine with me. Being in Algonquin’s backcountry and the ability to work the kinks out of my paddling skills is never a bad thing. Randy was a great help, too, as he coached Emma with her paddling skills and provided great encouragement to both of us.

It was fun working our way along the creek with the other members of our group, getting to know each other and sharing funny stories about paddling, camping, dogs and life in general.

What is it about being outside in the wilderness that creates an instant bond amongst strangers? Maybe it’s just the magic of Algonquin air and water.

The next surprise Hailstorm served to Emma and I was a beaver dam that required us to portage around. I swear that dam wasn’t there 18 months ago!  One of the great things about having a guide on this trip was his familiarity with the dam and the tips he gave us about where to best portage around the obstacle.  We all navigated the dam and continued our paddle along the creek, with Randy telling us stories of incredible wildlife sightings on previous trips. Unfortunately, the Park’s wild residents stayed hidden from site on this fall trip. That’s the thing about Algonquin – you never know for sure what you will (or won’t) see. But you always know that there is a very good chance the wilderness has eyes on you as you travel its water corridors.

There are a few side stories to this trip – like the time one of us did the splits and swamped the canoe, and the time someone else sunk in the muck up to his knees and let his canoe float away, to be rescued by the person on the SUP. But I don’t want to embarrass anyone, so I won’t give any more details. Luckily, there aren’t any pictures of these events either. (…or is there)

All around, our return trip to Hailstorm Creek was a blast. We discovered that a place that we thought was familiar was a really different environment just 18 months later. We learned that the company of strangers turns into the company of friends after just a short time of paddling. And we had confirmed once again that the services of an Algonquin Outfitters daytrip is an awesome way to experience Algonquin Park. 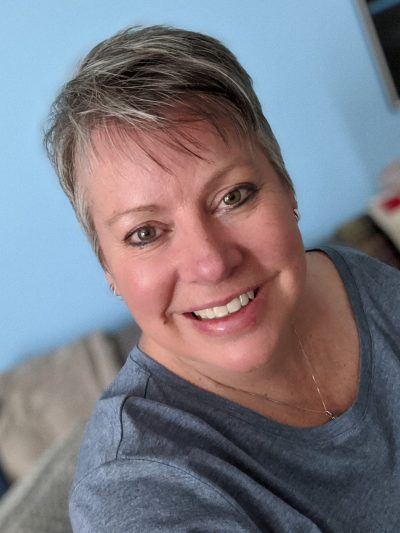