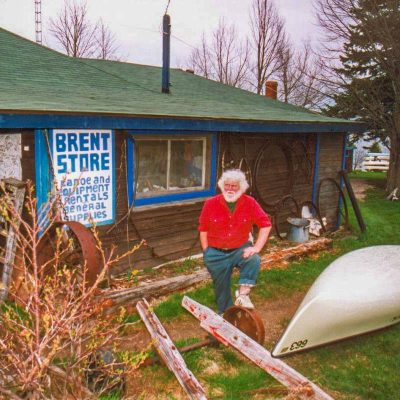 If you’ve visited the Algonquin Outfitters store at Brent on Cedar Lake in Algonquin Park in the last 40 years, it’s highly likely you’ve run into Jake Pigeon. Jake has managed the Brent Store for close to 40 years.

As well, if you’ve received information or advice from Jake about anything related to camping and canoeing in Algonquin Park, you can rely on it; there are few people in the business who know more about Algonquin Park. It was for this reason that Bill Swift Sr., the founder of Algonquin Outfitters (AO), hired Jake to manage the Brent operation.

“Swifty knew that I knew the park quite well,” explains Jake, “and he [Swifty] didn’t want his staff to have to say, ‘I don’t know’ to tourists’ questions about camping and canoeing in Algonquin Park. He believed that tourists deserved the right answers [to their questions]. So, in 1980, he hired me to be partners with him in Brent because I knew the answers.”

Jake’s knowledge came from a lifetime of experience in the park. He lived full time at Cache Lake in Algonquin Park until he was 12 years old and has spent every summer since in the park.

He was paddling his own canoe from the time he was four years old, guiding fishermen from the time he was 13, and guiding camping trips for Camp Northway by age 19. Every spring, for a number of years, he and a group of friends would also go out for 10 to 15-day canoe trips to explore in the park – a different place every year. “I’ve been on almost every lake in the park,” says Jake.

Jake’s canoeing prowess is legendary around Cache Lake, where he has won the Cache Lake Regatta canoeing trophy 18 years in a row. His family also has deep roots in other parts of Algonquin Park. His father’s family had a farm on the south-eastern edge of the park, near Madawaska. During the late 1800s and early 1900s, his grandfather worked on the farm during the summer and at the logging camps of J. R. Booth, inside the park, in the winter.

His grandfather on his mother’s side became involved with the park in 1907, serving as chief clerk of the McLachlin Lumber Company. He worked in the logging operations during the winter and as a ranger for the Ontario Department of Lands and Forests (L&F) in the summer. He eventually joined the L&F full time and, in 1931, became the first chief ranger of Algonquin Park. These relations, the Tom McCormick family, lived at Brule Lake until 1932.

Jake’s father Lorne split his time between the family farm and Booth logging camps from 1928-37, at which point he also became an Algonquin Park ranger. His mother Mary was born in Algonquin Park and lived at Brule Lake until she left to attend high school in Renfrew, followed by teachers’ college. Her first teaching job was at Dunne’s Road Elementary School near Madawaska, where she met and married Lorne Pigeon. They moved back into Algonquin Park, settling at Cache Lake.

The Pigeon family lived at Cache Lake year-round. Mary ran a small school out of her home, teaching Jake, his brother Tom and seven other local kids. 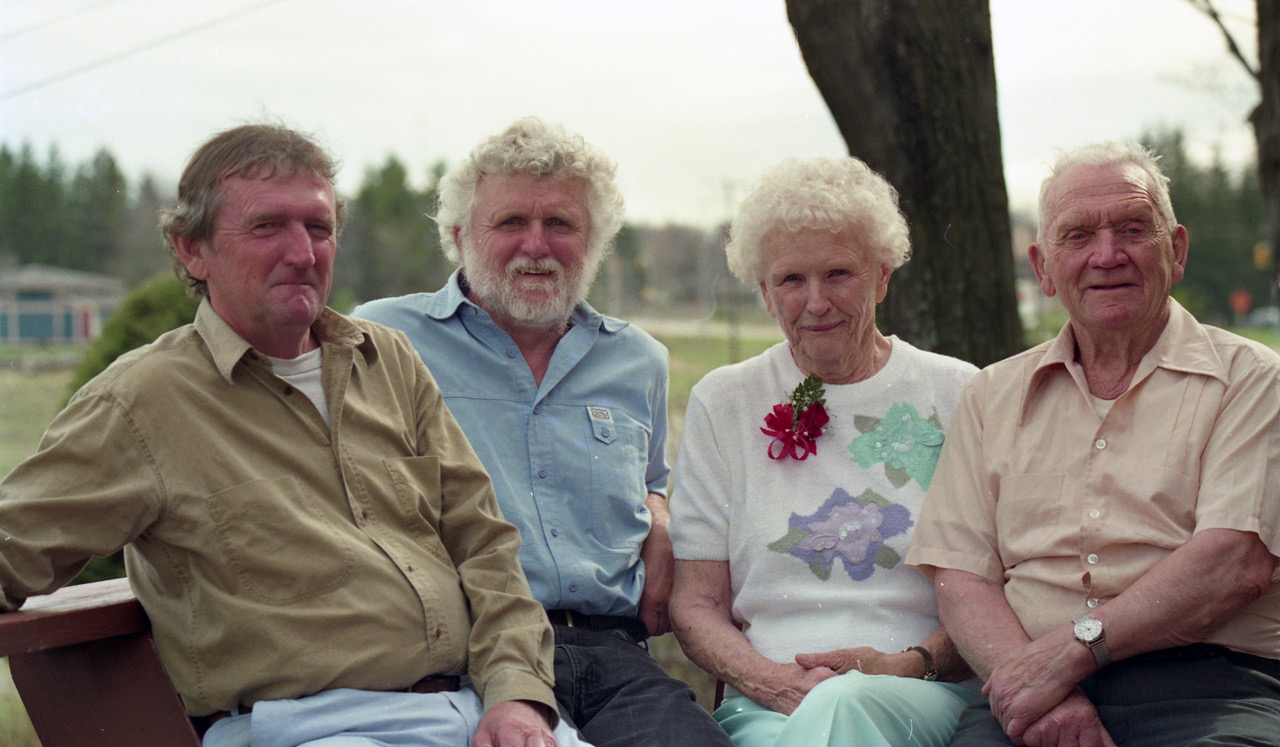 Lorne’s L&F job took him to the north in 1948 and the family subsequently moved to Sault Ste. Marie in 1952. Jake finished high school there, attended teachers’ college in North Bay and returned to the Sault to teach elementary school. The family generally spent their summers at Cache Lake.

Clearly, Jake and his family have deep, deep roots in Algonquin Park!

If you’ve had any dealings with Jake, you will probably have noticed that he has an independent, no-nonsense, don’t-tell-me-what-to-do attitude which, fortunately, is tempered by his sense of humour. A couple of anecdotes may help demonstrate this.

For example, after five successful years as a teacher in Sault Ste. Marie, Jake applied for a vice-principal position. Out of the blue, he was “summoned” to an interview, he explains. He had made other plans and refused to go to the interview. This did not sit well with the interviewing panel. When they expressed disapproval of his lifestyle and proceeded to tell him how he should live, if he was going to get ahead in the school system, he decided this was not for him. He took a year’s leave of absence and went to Australia. On his return, he resigned from the school system and went back to Cache Lake. He may laugh as he shares this story!

Jake has also had some chance meetings with people who’ve had a significant impact on his life; this anecdote illuminates that point. On his return from Australia, he was doing working as a guide in Algonquin Park. He happened to meet a school principal from Midland who informed Jake that he [the principal] had “this impossible class that nobody can handle and has already gone through four teachers.” He then asked Jake: “Would you be interested?”

“They nicknamed the class ‘the horizontal class’ after the first week for reasons I couldn’t get away with today,” chortles Jake. The next year, he followed this class on to the high school in Penetanguishene. “I liked those kids. They were good people – honest and straight forward – just not good students.”

Jake taught in this program from 1966 until he retired from teaching in 1993. Every summer during his 34-year teaching career, Jake returned to Cache Lake and to work as a guide for fishing and canoe trips.

In the early 1960s, while he was guiding a family canoe trip, Jake had another chance encounter. This time, it was with a group of eight men from Buffalo who were also on a fishing/camping trip. They had been visiting this location for five years but had no luck with their attempts at fishing. It was wearing a little thin. They asked if Jake would be interested in guiding them.

Jake agreed and this proved to be the beginning of a relationship that lasted from the early ’60s to 1980. The Americans turned out to be quite well off, Jake recalls, noting that not only did he annually guide for these men but also for family trips for the individual group members. “It was great for me,” says Jake. “I was busy all summer with that one group. They paid me $300 a day – a lot better than $5!” That’s what he used to charge when he guided fishing trips at age 13, he says.

One member of the group was an adventurer, Jake notes, so he was hired to guide trips in Quebec and Labrador on rivers flowing into Ungava Bay, James Bay, the St. Lawrence and the Snake River in Utah.

In 1980, Jake’s career took another significant turn when Swifty approached him to manage the Algonquin Outfitters’ Brent operation. After spending the summer of 1981 preparing and organizing the store as an outfitting base, Jake presided over the opening in 1982. He has been the manager of the Brent Store ever since. In managing that outpost, Jake continues to adhere to Swifty’s philosophy regarding staff members being well informed about Algonquin Park, so they’re able to answer any tourist’s questions. To that end, he regularly sends staff members out on trips to familiarize themselves with different canoe routes, campsites and so on.

Although Jake retired from teaching at Penetanguishene in 1993, he and his family continue to live on a farm in that area when not living and working at Brent.

Jake and his wife Bonnie have two sons, Sky and Forrest, who have often helped him out at the Brent Store over the years, “from the time they could walk.” And so, according to Jake, the fourth generation of Pigeons continues to maintain roots in Algonquin Park, adding to a lineage that stretches back well over 100 years. 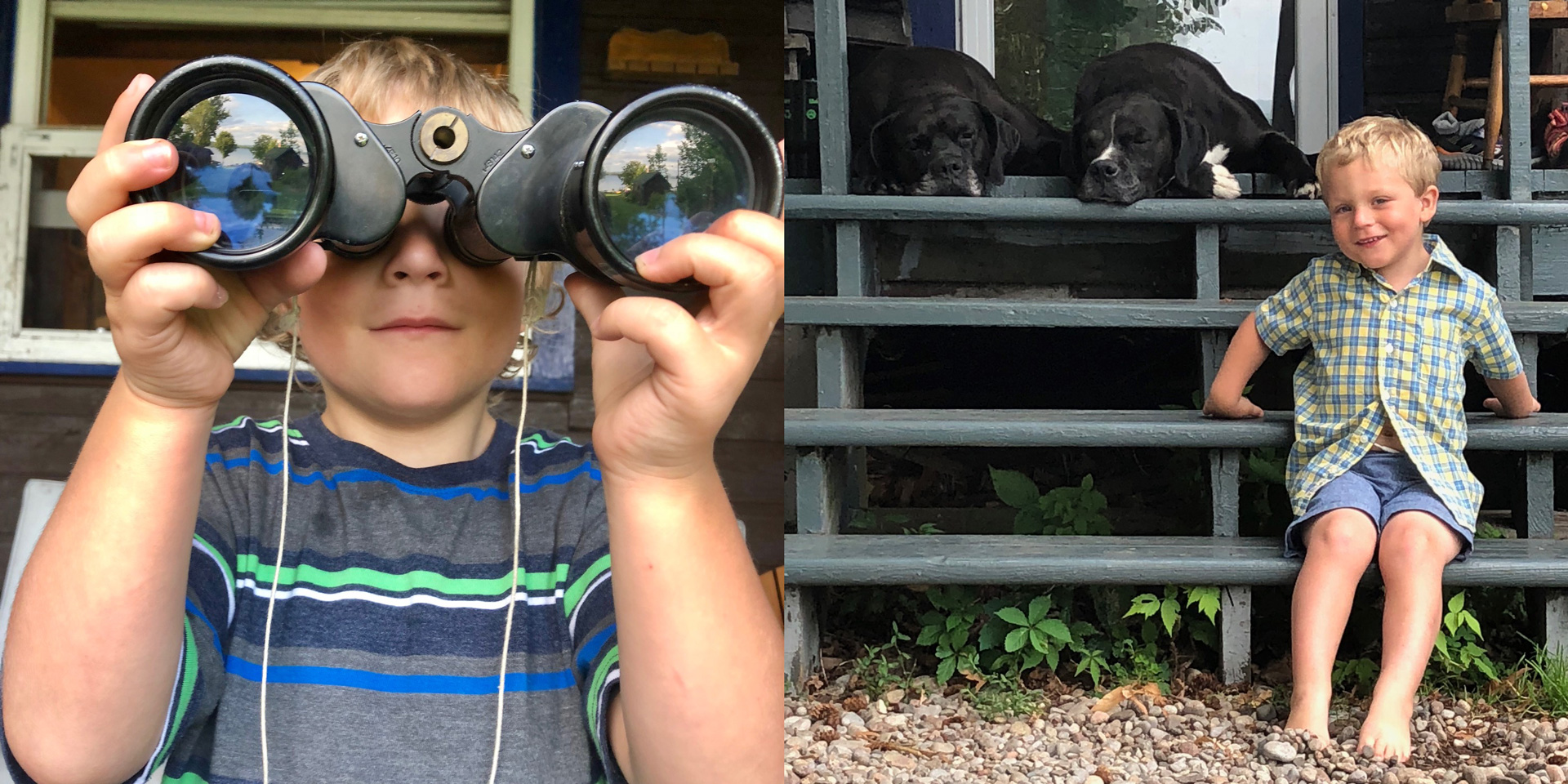 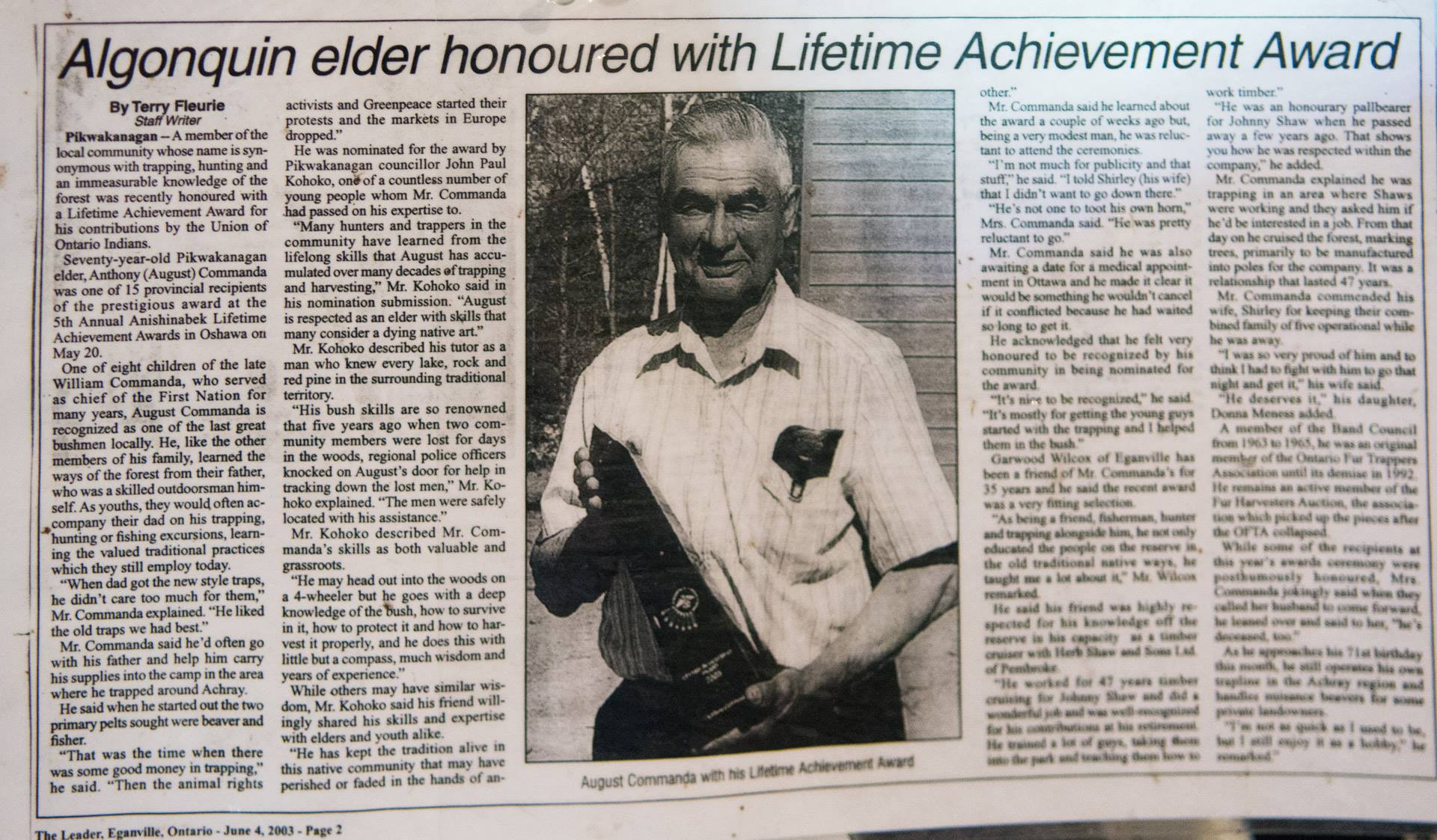 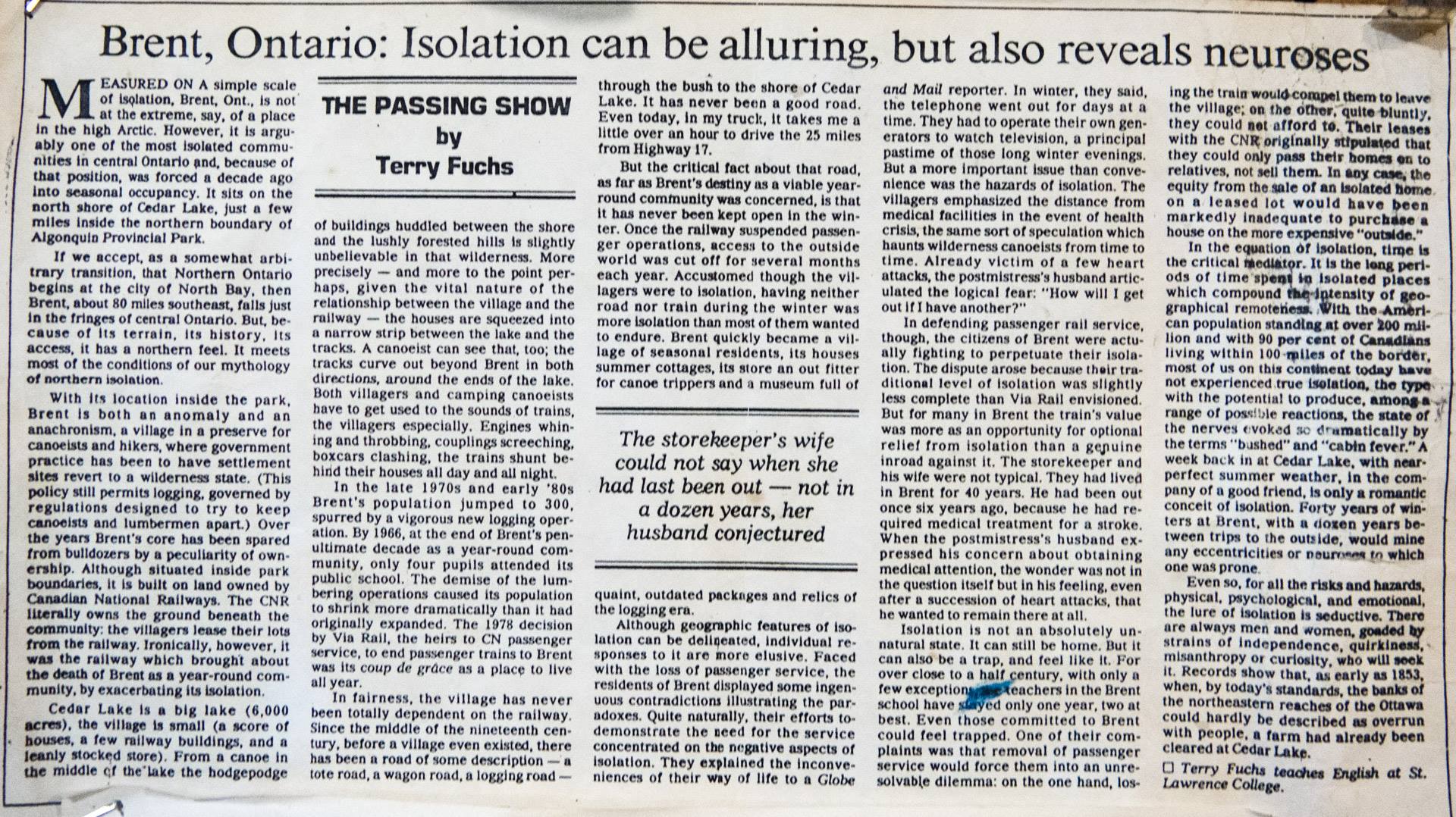 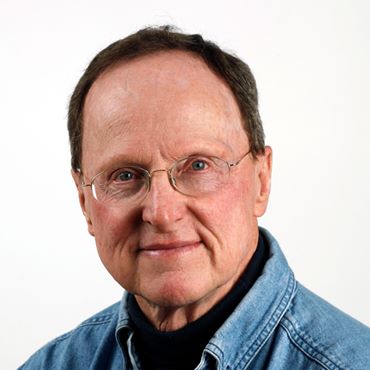