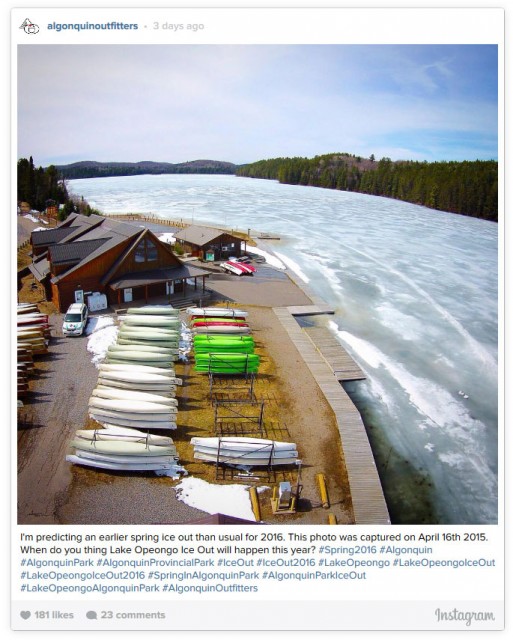 Did you know that spring will arrive earlier than it has in the last 120 years?  According to The Weather Network, “The equinox occurs at exactly 4:30 UTC on March 20 for the entire planet, however, due to the way we track time, Canadians will be split on when the first day of spring actually occurs. Roughly half the country gets to leave winter behind on March 19, since 4:30 UTC is before midnight for the Central, Mountain and Pacific time zones.”

We are also predicting an earlier than usual Ice Out for Algonquin Park this spring and this is why we are already starting our annual ice out reporting during the first week of spring.  Over the last fifty plus years Algonquin Park has seen ice out occur as early as March 29th (2012) and as late as May 15th (1972) with the gradual trend of ice out days getting earlier.  After 2012’s record breaking early ice out, we saw 2013 deliver a late ice out on April 30th, followed by May 7th in 2014 and May 1st in 2015.  Our best guess for 2016 is earlier than April 23rd with many of you agreeing when we did a quick survey online recently.  Public guesses seem to range from March 30th to April 22nd.

The ice isn’t out quite yet.  We visited several parts of Algonquin Park to observe first hand what the new spring conditions were like.  As predicted most of Algonquin Park is still covered with ice.  Only some rivers and small sections of lakes (mostly where rivers enter or exit) were free of ice at this early date. Lake Opeongo had solid ice right to the edge of the boardwalk and sections of Costello Creek were still covered with ice.  Where the Opeongo Road bridge narrows Costello Creek near Turtle Rock the water was open and flowing well.  Some other lakes were just starting to show signs of shoreline melting.  Rivers like the Oxtongue River are high and flowing well already and a visit to Ragged Falls near our Oxtongue Lake base confirmed that the waterfall was open with large amounts of water cascading over it’s rocks.

There’s still lots of snow in the bush and snowshoe and ski trails were still in fair winter condition.  Recent rain followed by the return of below zero temperatures has left many trails icy requiring extra caution to not slip and fall.   If you are heading to Algonquin Park for one last winter hike before the ground softens up and gives way to spring mud puddles you might still want to pack your snowshoes just for the extra grip on ice packed trails.  Please use extra caution around water and cliffs as there’s a lot of ice on the trails and the ice on the water should be considered unsafe now.

First Days of Spring 2016 on Lake Opeongo in Algonquin Park

The Algonquin Park Visitor Centre is getting a new look for spring. 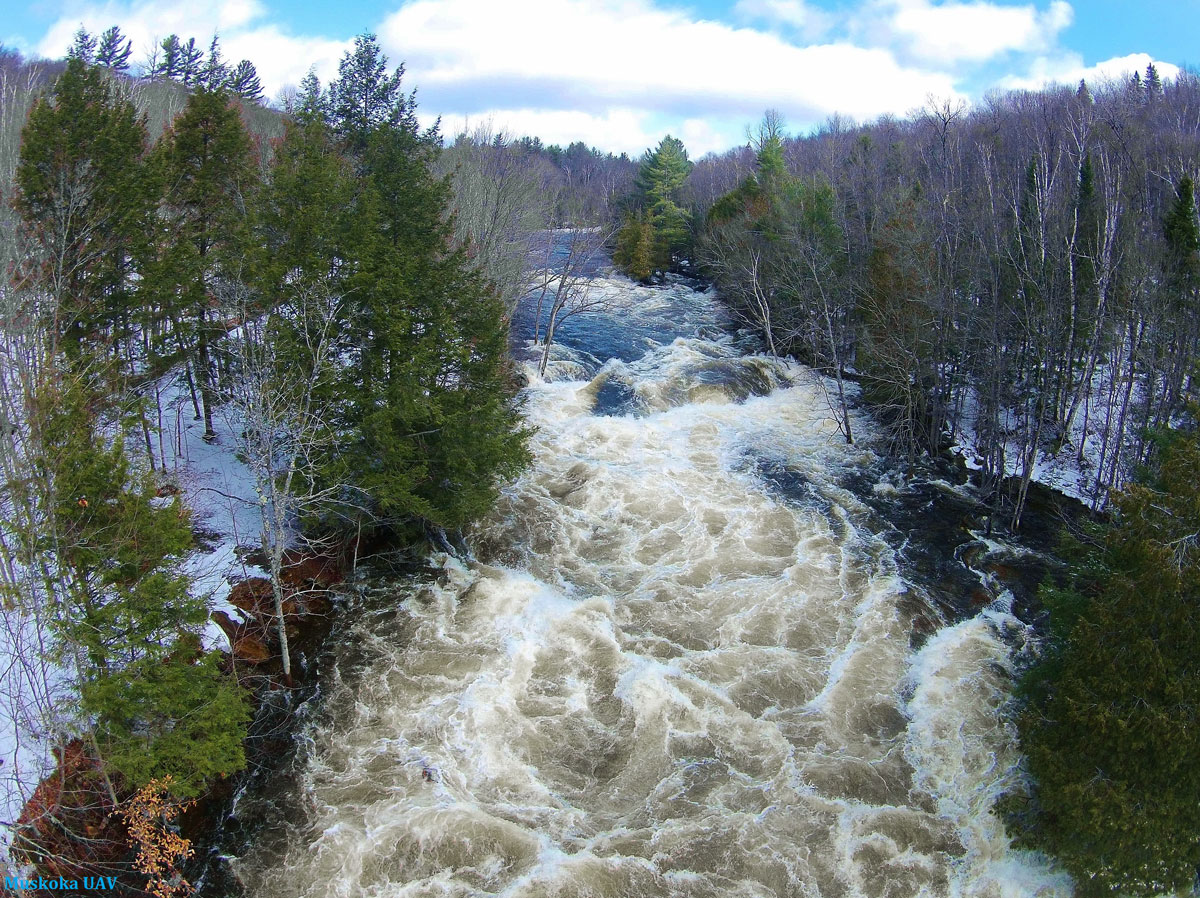 A little weekend road trip down Rain Lake Road on the West side of Algonquin Park to check the conditions.  Unfortunately the road had only been cleared of snow up to the winter maintenance sign and with a bank of snow and about 12 inches on the road after that I chose to not continue any further this early in the season. 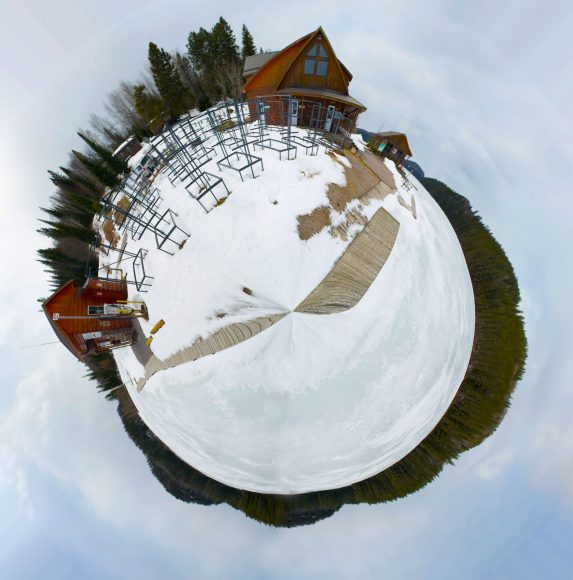