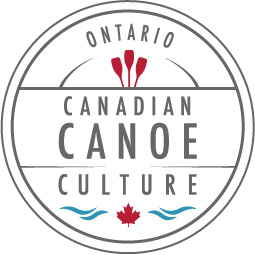 If you’re looking for our Haliburton showing on Saturday June 16th 2018 you can get more info and purchase tickets at this link –  https://algonquinoutfitters.com/event/paddling-film-festival-2018-haliburton/

CATEGORIES: Sea Kayaking  • DURATION: 7:04 • DIRECTOR: Goh Iromoto • PRODUCER: Yves Ma
Emily is an avid kayaker who has always lived life to the fullest, but when she faces the biggest challenge of her life, she must face this chapter as if it may be her last. By way of her inspirational journey, she shows us how one can live a life without regrets.

CATEGORIES: Whitewater • DURATION: 22:07 • DIRECTOR: Forest Woodward • PRODUCER: Gnarly Bay Productions
The USA Rafting Team has never won a world championship. With full-time jobs, families and responsibilities, they use their free time and vacation days to train, travel the world, and race against competitors sometimes half their age. They attempted to break a legendary speed record down 277 miles of the Colorado River through the Grand Canyon. The Time Travelers is the story of ordinary people attempting something extraordinary.

Community Living Huntsville (CLH) supports, serves and advocates for approximately 200 children and adults who live with a label of developmental disability and their families in North Muskoka. All of our supports are based on helping people have a good life, as citizens included in all aspects of our community. A few ways we do this is by helping people get jobs, become volunteers, or connect with clubs and groups.

The education, awareness and advocacy work that CLH provides has led to over 100 local businesses and organizations connecting with people who live with a label of developmental disability to meaningfully live, work, learn and play in our community. We are thrilled to play a role in the continual development of our inclusive community, but we want to do even more!

There are people in our community who are not meeting eligibility criteria for our Government funded services. We want to address this gap.  Our goal is to have a sustainable program that will enable the delivery of supports and services for people falling between the cracks.

We also want to sustain our Helping Hands Fund which assists people with needs that are not funded through Government programs. We want to continue supporting the All Abilities Dance Troup and the Muskoka Family Network.

We welcome the support of our community to bring these goals to fruition! To donate, visit www.clhuntsville.ca and click the “DONATE” button on our home page! Thank you for your support.

Show up early (6:30pm) and enjoy a session with local renown authors:

Attracting paddlers and outdoor enthusiasts, audiences can expect a fun, social and entertaining event inspired by compelling films like:

The Paddling Film Festival World Tour is produced by Rapid Media and presented in Huntsville by Algonquin Outfitters on Friday June 1st 2018 at 7:30pm (Doors open at 6:30pm).