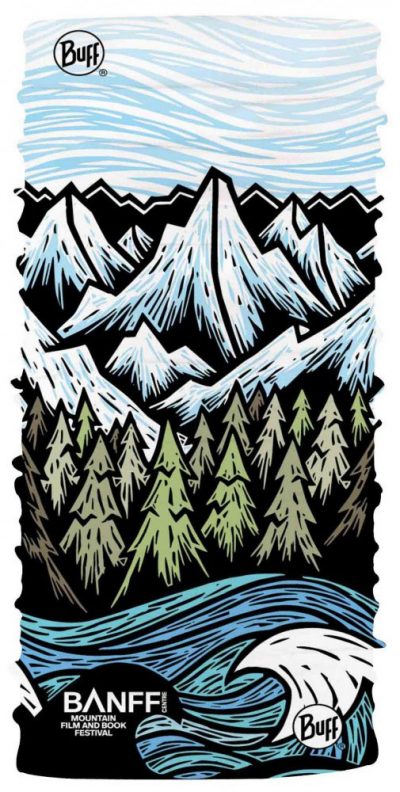 For 22 years, Algonquin Outfitters has been bringing the spirit of outdoor adventure and mountain culture to Huntsville, in the form of the Banff Mountain Film Festival World Tour. Once again, we are proud to feature the world’s best mountain sport, culture and environmental films, letting you experience the thrill and challenges of the mountain environments that inspire us all.

This year’s screenings will feature three different nights of the world’s best mountain sport, culture and environmental films, letting you experience the thrill and challenges of the mountain environments that inspire us all.

The 2019 World Tour features an exhilarating and provocative collection of films that explore the mountain world, highlighting new landscapes and remote cultures, and exposes audiences to exciting adventures and adrenaline-packed sports.

At each screening around the world, audiences will see a selection of award-winning films and crowd favorites from the hundreds of films entered into the annual festival.

Join Algonquin Outfitters when the Banff Mountain Film Festival World Tour brings the spirit of outdoor adventure to Huntsville, at the Algonquin Theatre on Monday January 21st, Tuesday January 22nd and Wednesday January 23rd  2019 at 7:30pm (Doors open at 6:30pm).  Our shows typically sell out so be sure to get your tickets online early.

Show up a little early and enjoy some free samples of craft beer byou our friends at Lake of Bays Brewery and the Huntsville Brewhouse.  The Brewhouse is just down the street from the Algonquin Theatre and is open for dinner before the show and drinks after.

We have a limited number of BMFF Buffs available at our Huntsville store for just $24.98 + tx.

Don’t forget that Algonquin Theatre tickets are nicely sized to fit in a Christmas stocking, so if you need a last minute gift for the outdoor adventurer on your list, they are just a mouse click away.

>GET YOUR TICKETS NOW <

Unfortunately, we can’t show all the films available on the tour and the selection process is challenging: there are so many good ones to choose from! Each of our three nights will feature a completely different set of films, covering a wide range of subject matter, with no particular overall theme. All three evenings will show a little over two hours worth of films, and follow a similar format: in the first half of the evening, you can expect one or two short films, followed by one or two longer features. After intermission (and door prizes) we’ll show a number of shorter films. There is a very slim chance that minor changes will happen in the list between now and January. We do consider this a “family friendly” show but a few films may We havehave “coarse language” warnings. Consider yourselves warned!

Rogue Elements – Corbet’s Couloir – 3 minutes
Anyone who has ever skied or snowboarded Jackson Hole knows just how nerve-racking it can be to send it into the infamous Corbet’s Couloir, even in the best of conditions. Doing it in icy conditions on mountain bikes is nothing short of insane, and that’s exactly what we did.

Brother’s of Climbing – 7 minutes
How can you be what you can’t see? Mikhail Martin, co-founder of Brothers of Climbing said, “I literally typed, ‘Are there black climbers?’ in Google … someone said, ‘black people don’t climb.’”

Divided – 39 minutes
Follow Lee and Rickie in this raw and real portrayal of the places we go emotionally when under extreme duress while riding 190 kilometres a day from Banff to Mexico.

Viacruxis – 11 minutes
Marcel and Andrezj are a pair of legendary mountaineers. In order to achieve the summit of an unclimbed peak they will have to overcome formidable obstacles, suffer hardships and stand each other’s company for a very long time. But Andrezj is no longer willing to continue in Marcel’s shadow.

Far Out – Terrace BC – 5 minutes
Three pro skiers head to Terrace, British Columbia to fly off jumps, smash pillows and search for perfect ski lines. Little did they know that a passionate local would lead them to even more fun, laughs and stoke in the backcountry.

Land of the Wind – 18 minutes
In Patagonia, further South than most people ever dare to venture, there’s a land of infinite vastness and beauty. Fine-art photographer Eliseo Miciu explores this mythical place, and also learns a bit more about himself.

For the Love of Mary – 6 minutes
When 97-year-old runner George Etzweiler dons his lucky ancient green running shorts, he’s not not just running to the summit of Mt. Washington, Etzweiler carries something else special with him: the memory of his late wife of 68 years.

Margo Hayes, a little-known 19 year old from Boulder, Colorado, has moved to Europe to train and climb with the goal of succeeding on two of the most iconic 5.15s in France and Spain. But by pushing her body and mind to the absolute limit, she risks injury and failure in her quest to be the first.

RJ Ripper – 19 minutes
The chaotic streets of Kathmandu may not seem like a typical breeding ground for world-class mountain bikers, but then again nothing is typical about Rajesh (RJ) Magar and his beat-up clunker.

This Mountain Life – 39 minutes
A mother-daughter team set out on a six-month ski traverse in the Coast Mountains of British Columbia, Canada.

Beaver Believers – 12 minutes
Sherri Tippie, a hairdresser / Certified Live Beaver Trapper is working to restore the North American Beaver, the most industrious, ingenious, furry little engineer, to the watersheds of the American West. 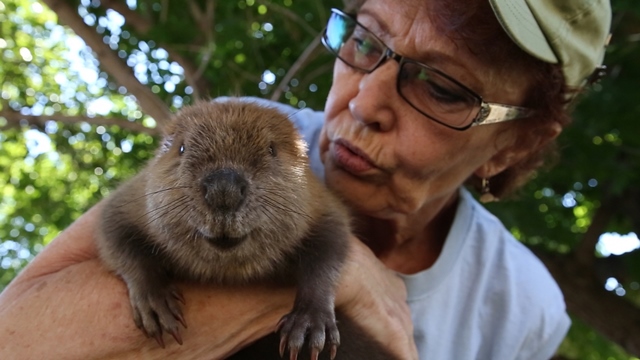 Boy Nomad – 20 minutes
9-year old Janibek lives with his family in Mongolia’s Altai Mountains. His first love is racing horses, but this winter, his father will bring him on the toughest journey in a nomad’s life: the winter migration.

How to Run 100 Miles – 28 minutes
The odds were stacked against Jayson Sime early in life: poverty, homelessness, dyslexia, bullying. But he learned to fight. In 2017, he entered his first 100-mile mountain ultramarathon, betting on his lifelong resilience to carry him to the finish line.

Far Out – Kai Jones – 5 minutes
Eleven year old Kai Jones isn’t old enough to go to the movies alone or order a sandwich at the pub, but in the mountains age doesn’t matter. He is following in his family’s ski tracks… right into backflips and tricks off of cliffs.

DreamRide 3 – 6 minutes
Dreamride 3 is the conclusion to the award-winning mountain-bike trilogy from rider and director Mike Hopkins. In this final film, he rides epic singletrack in landscapes that continue to blow us away.

Surface – 6 minutes
In a photographic niche defined by familiar angles, Ben Thouard is driven by his desire to create something original in surf photography.

My Mom Vala – 9 minutes
Vala lives in Reykjavik, Iceland and travels to Greenland for work and to immerse herself in rivers thick with migrating char. But for Vala’s 10-year old daughter, Mathilda, Greenland lives only in the stories that her mother tells and her own imagination.

Surviving the Outback – 44 minutes
Could you survive alone across hundreds of kilometres of remote outback for a whole month, trekking and sailing on a makeshift raft, with nothing but a time capsule of antique stuff from 1932? Mike wasn’t sure he could pull it off either!

Grizzly Country – 11 minutes
After serving in the Vietnam War, author and eco-warrior Doug Peacock spent years alone in the Wyoming and Montana wilderness observing grizzly bears. This time in the wild changed the course of his life. With the protection of Yellowstone grizzlies now under threat, Peacock reflects on the importance of habitat and why he continues to fight for wild causes.

The Passage – 25 minutes
In 1974 a small determined team built their own canoes, launched them into the Pacific, and became some the first people in modern history to canoe from Washington to Alaska up the Inside Passage. The Passage is a story about revisiting that journey, fathers and sons, and the wild places that define us.

The Frenchy – 14 minutes
Jacques is an 82 year old, badass athlete, but the real story is how he inspires us with his contagious love of life, epic tales of survival and his ability to counter aging through laughter.

>GET TICKETS FOR ALL THREE NIGHTS<

You can see more information about these films on the Banff Mountain Film Festival World Tour page at https://www.banffcentre.ca/2018-19-world-tour-films

Proceeds from these events help to go support great local partners like the Huntsville Hospital Foundation and the Algonquin Wildlife Research Station.  Be sure to check out their tables in Partner’s Hall at the Algonquin Theatre before the show (Doors open at 6:30pm).

Proceeds from the film festival will go to support the Algonquin Wildlife Research Station through assistance in purchaing canoes to further their research in Algonquin Park.

Algonquin Outfitters is a Business Cares partner with the Huntsville Hospital Foundation, commiting to donate $25,000 to support our local hospital over 5 years.