The list is finally revealed! The films below will be showing at the Algonquin Theatre in Huntsville, ON, on Jan. 20, 21 & 22, 2020, when Algonquin Outfitters presents the Banff Mountain Film Festival World Tour at Huntsville’s Algonquin Theatre. While unlikely, please note that film selections may change at the last minute.

For more information on the event, how to buy tickets and more, please see our Event page listing:
algonquinoutfitters.com/event/banff-mountain-film-festival-2020/

You can see trailers and more information about the films on the Banff Mountain Film Festival World Tour page: banffcentre.ca/2019-20-world-tour-films 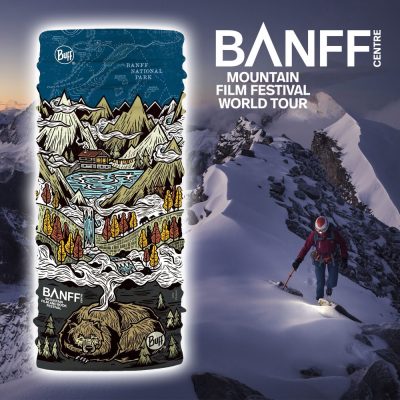 Banff Mountain Film & Book Festival – The most versatile, multifunctional and seamless product for year-round activities is now even more comfortable offering 4-way stretch technology and a 100% recycled fabric made from PET bottles. The Original is ideal for any outdoor activity providing great protection from the elements. Excellent moisture management makes it the perfect tubular for running, hiking or skiing. One size fits most necks.

Bayandalai – Lord of the Taiga

Circle of the Sun

Opening the Earth: The Potato King