Algonquin. So, what’s the big deal? Why do people love this place so much?

The popularity of Algonquin Park has continued to grow since its creation well over a hundred years ago, and there’s no sign of it slowing down. The average visitation is well over half a million per year.

People literally worship this place. The devotion its fans give to the park far exceeds the loyalty others would give to their favourite rock band, hockey team, grade-school teacher or even a lover. Songs have been written, art created, books published, poems scribbled, theatre performed, films produced, a symphony established, clubs gathered, websites generated. Algonquin Park is world-renowned. Everyone seems to know about it. If you mention any other larger or wilder place in Canada, you won’t get the same response, the same fidelity, that Algonquinites give to their park. Simply put, this remnant piece of semi-wilderness, a mere two-hour drive from Toronto’s International Airport, wouldn’t be here if so many people didn’t love it.

It was actually the crowds of tourists that initially helped protect Algonquin. It was the devoted anglers, renowned artists and the wealthy vacationers who arrived by train and stayed at lavish hotels. They all loved it here and grew concerned over the encroachment of agriculture and the depleting fish and game. The dream was to protect the half-dozen watersheds that gave birth to the main rivers flushed out of their familiar piece of paradise; they succeeded. Algonquin Park was formed in 1893. 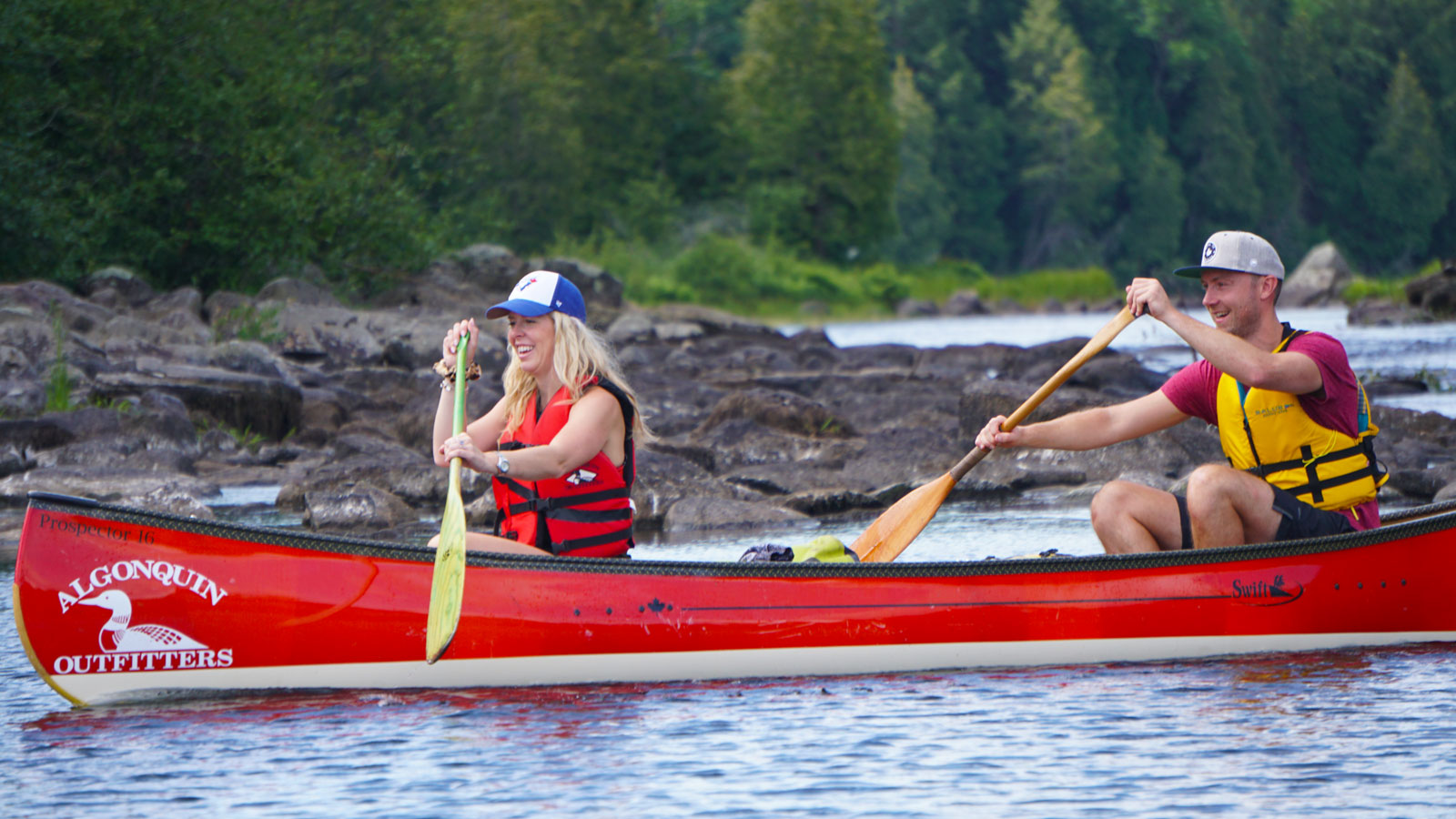 At the time, it was considered the most significant wilderness park in all of Canada – a place that was twice the size of the province of Prince Edward Island and promoted as the largest tract of dedicated bushland in the world.

Since its creation, Algonquin has more than doubled in size, from 3,797 square kilometres (see original map) to 7,630 square kilometres; it’s changed names from Algonquin National Park to Algonquin Provincial Park (becoming Ontario’s first provincial park); and altered its borders eight times. Along the way, however, the original intent hasn’t changed much. Park commissioners set out a plan well over a hundred years ago to: maintain the watersheds, protect and encourage the growth and increase of the birds and animals, maintain the park in a state of nature (as far as possible), do field experiments in systematic forestry on a limited scale, secure a sanitarium or a place of health resort, and to study the beneficial effects on the protection of a large forested area and climate. 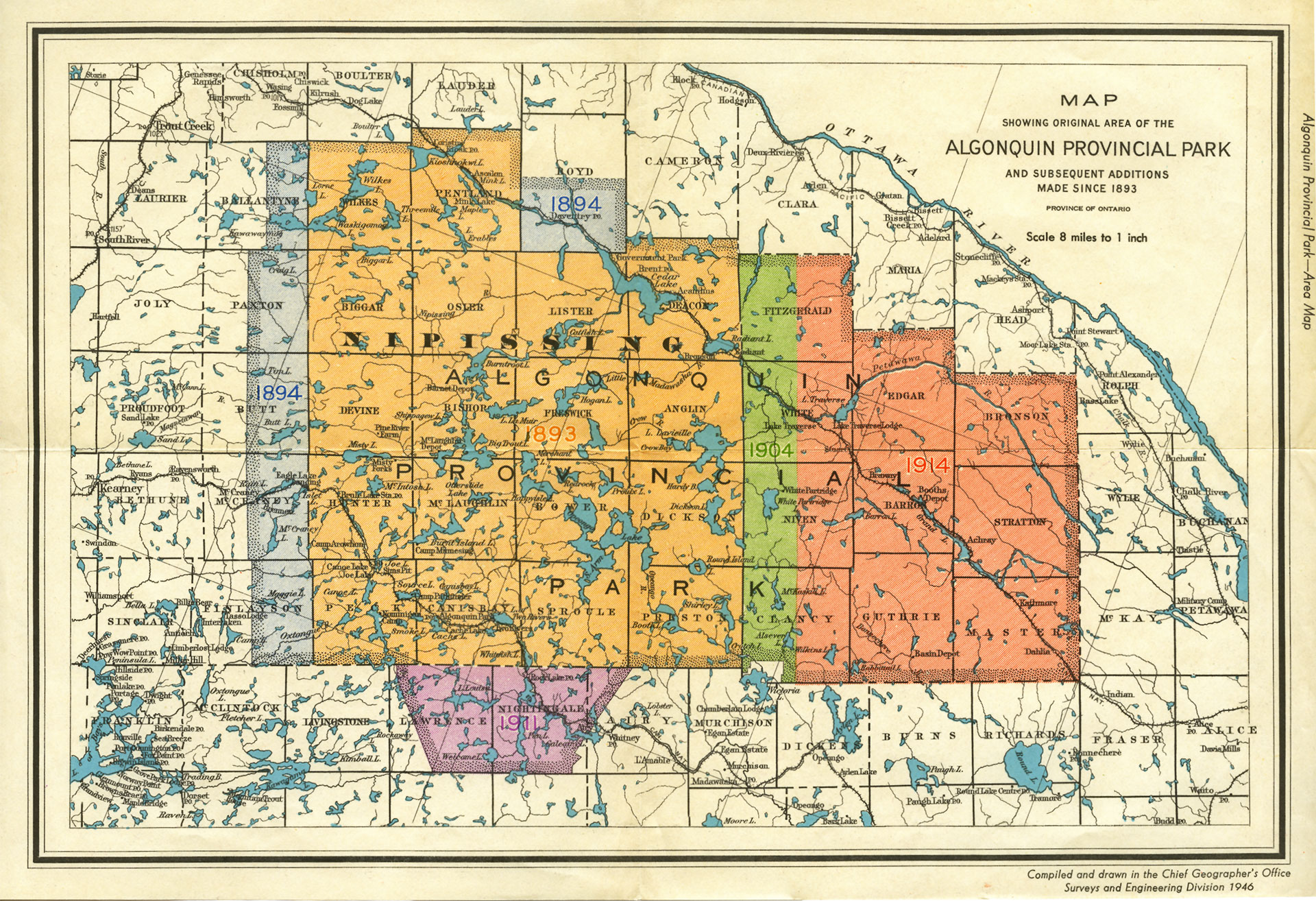 Yep, seems it hasn’t changed much. Isn’t it interesting that they were concerned about people’s health and climate change even back then?

Check out the video below of Algonquinites explaining why they love Algonquin so much. 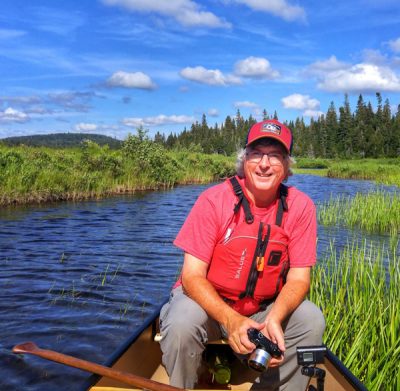 Kevin (aka The Happy Camper) is the author of several outdoor books; his latest being Once Around Algonquin: An Epic Canoe Journey and A Paddlers Guide to Algonquin Park (3rd. edition to be released spring of 2020). He is an award-winning writer and a keynote speaker at outdoor events across North America. Kevin is also a regular guest on several television morning shows and CBC Radio. He has won several film awards, writes a column for Paddling Magazine and Explore Magazine. Kevin was listed as one of the top 100 modern-day explorers by the Canadian Geographical Society. He was also made Patron Paddler for Paddle Canada. Check out his web site at www.kevincallan.com and YouTube channel KCHappyCamper.