A Brief History of the Madaoueskarini Algonquin People

Excerpt from an article featured in Algonquin Life Magazine, 2019 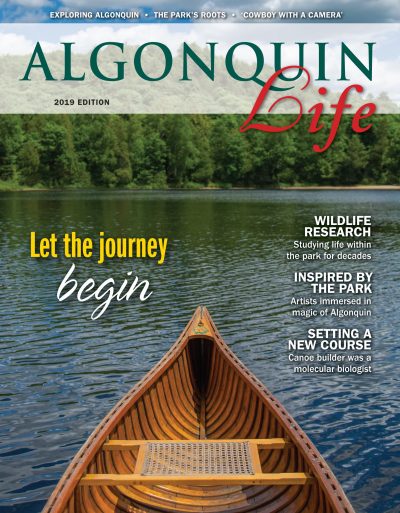 Until approximately 12,000 years ago, much of eastern Canada was covered in ice kilometres thick. As this ice melted, most of the land now known as Eastern Ontario, including Algonquin Park, was submerged under glacial lakes, rivers, and seas. The melt-water flowed eastward along ancient geologic fault-lines into the Champlain Sea, a great salt-water embayment of the Atlantic Ocean. At times the water was released in immense pulses, separately carving out great spillways in which today we find the Ottawa River and its tributaries, including the Madawaska, Baron, and Petawawa rivers.

With meltwater gradually receding over thousands of years, this landscape has changed from an archipelago of islands to the landscape we are familiar with today.

To date, archaeological evidence puts the earliest ancestors of the Algonquin people in the landscape now known as the Ottawa River watershed, spanning both Ontario and Quebec, at least 12,000 years ago – through our oral traditions state that we have been here since time immemorial.

The Algonquin landscape is one of sacred, rugged beauty. As Algonquin people, we are intrinsically connected to the land; the character of our territory has shaped who we are as a people. Our ancestors were loosely organised in small, semi-nomadic bands of hunter-gatherers. The most effective method of transportation was by water via the birch bark canoe. During the winter, we travelled over the frozen landscape with snowshoes, specifically designed and adapted for our landscape.

Algonquins are the people of the rivers. The Ottawa River – known to Algonquin people as Kitchisippi (“Big River”) – is our lifeblood, our main artery. The interconnected waterways of this river and its tributaries provide endless travel routes through the territory, to hunt, fish, gather plants, camp, and trade. The rivers were our root of survival, but they may have also been the reason for our near-extinction.

The earliest explorers of this part of the “new world” also used our rivers. The first recorded encounter between an Algonquin and a European was in 1613 with Samuel de Champlain at Allumette Island near Pembroke. The arrival of Champlain changed the lives of Algonquins forever as Champlain had written to France that Algonquin territory was a sort of paradise. This territory offered a seemingly unending supply of natural “resources”; first our aquatic species, then our mammals, and then our timber.

With the knowledge that Anishinaabeg territory, including Algonquin territory, was bountiful in mammals, fish, land and timber, during and after the Iroquois War the Ottawa Valley saw a great influx of settlers in search of resources and life in the new world, leading to further displacement of Algonquins throughout our traditional familial hunting grounds.

In 1759, the Algonquin and Nipissing people came under the administration of the colonial government’s Indian Affairs Department and the Royal Proclamation of 1763 gave official recognition of the territorial rights of First Nations people, including the Algonquin, Nipissing and Ojibwe.

By 1772, less than 10 years after the Royal Proclamation, the Algonquin and Nipissing people were forced to submit their first of many formal claims to our Traditional Territory, requesting that our traditional territories remain preserved enough to support our families. This served as the first Algonquin petition to the Crown to defend our territory.

Trying to hold tight to our traditional lifestyles, from 1700 to the mid-1800s, Algonquins could still find refuge deep within our tributaries in which we could safely reside and carry out a subsistence lifestyle, residing in the deepest fringes of our territories in places, such as present-day Algonquin Park. For a while longer, our Algonquin ancestors were able to maintain a considerable hunting and trapping lifestyle free from competition and disruption by settlement and industry. 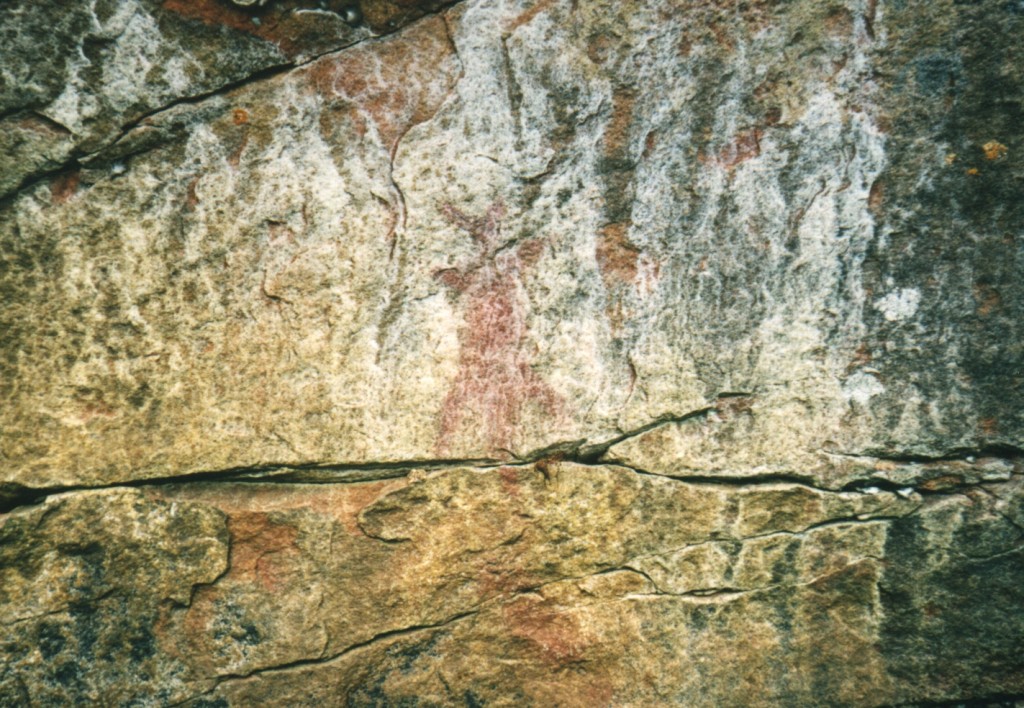 The Algonquin Nation is generally broken into many bands whose familial territories are divided by rivers, and the names of these rivers are often reminiscent of the traditional people of that particular river.

One of the main tributaries of the Ottawa River is the Madawaska. This river begins at Source Lake in Algonquin Park, and over 230km and a drainage area of 8,740square kilometres, meets the Ottawa River at Arnprior.

The Madawaska River and its tributaries is home to the Madaoueskarini people, “the people of the shallows”. The Madaoueskarini Algonquins are my family. We lived along the Madawaska River system, our small familial villages often in the same places that towns sit today (such as the town of Matawatchan, whose name is said to mean “the hidden village” in Anishinaabemowin, the language of the Algonquin people).

In 1863, eight chiefs and over 250 individual Algonquins and Nipissing petitioned the Governor General of Canada for a specific tract of land to be set aside for four hundred Algonquin families. 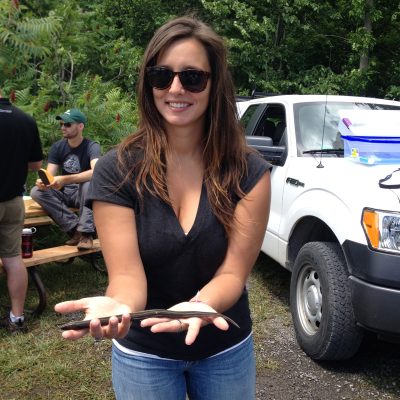 After Confederation in 1867, once Upper Canada became the Province of Ontario, Pon Somogeneche, High Chief of the Algonquin and Nipissing and my great, great, great grandfather, had not yet received any official recognition of the promised reserved lands. In 1868, he wrote a letter to Indian Affairs requesting a document asking for “…authority to settle without molestation on said land and that is laid apart for the use of my Indians…”. This never happened.

In 1893, Algonquin National park was created. Not reflective of its official name, this was the first Provincial Park in Ontario and is known as the “Crown Jewel” of the Ontario Parks system. The abundance of the beautiful pines helped to inspire the creation of Algonquin Provincial Park as a timber reserve and wildlife sanctuary in 1893.

Due to the lack of land set aside for the Madaoueskarini people who lived at its headwaters, our community was broken. We were not afforded the opportunity to remain together, to keep our community identity.  We were forcibly scattered, and as a result, we are still healing from major cracks and divides within our Madaoueskarini identity. Some of these fractures may be irreparable, but many of us are working tirelessly to regain our traditions, culture, and language.

Many Indigenous people were not given a realistic option of identifying as an “Indian”. In my family’s history, we were not counted as “Indians” because we refused to move to the nearest reserve – a very small piece of land that was already occupied by many families of our Algonquin brothers and sisters (and now a thriving Indigenous community). As a result, many families did not quality for Indian Status under the Indian Act. Most of us became Non-Status Algonquins. 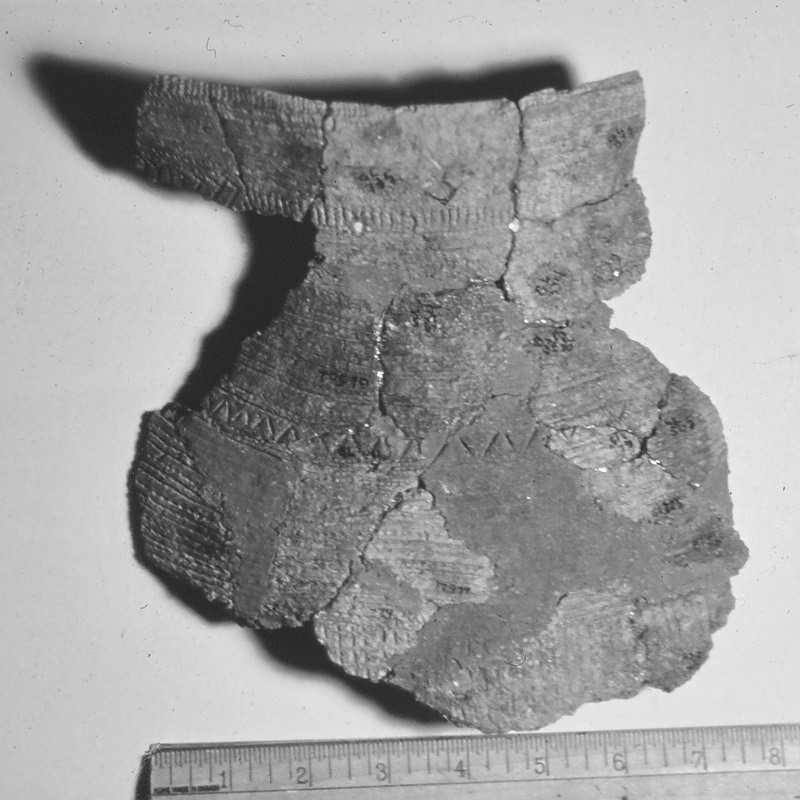 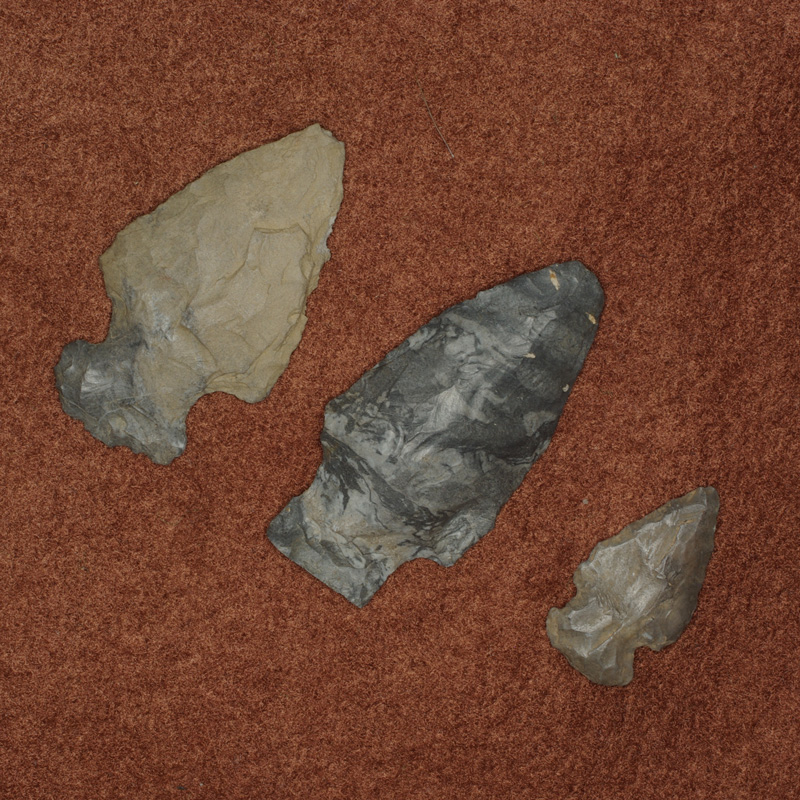 Any errors in accuracy are not intended. The information contained in this article is the result of extensive research, but does not guarantee complete accuracy. Should you have any questions or concerns, please contact the author. 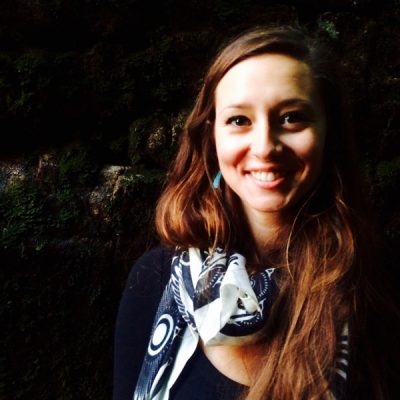 Christine McRae (Luckasavitch) is an Omàmìwininì Madaoueskarini Anishinaabekwe (a woman of the Madawaska River Algonquin people) and belongs to the Crane Clan. She was born in Whitney, Ontario, where she currently resides on the banks of the Madawaska River with her husband and their dog. Christine is the Owner of Waaseyaa Consulting, an Indigenous culture and heritage consulting company, and Waaseyaa Cultural Tours, an Indigenous-based tourism company operating in Algonquin territory. Christine is an avid explorer of both the Algonquin landscape and Algonquin history, spending as much time on the land as possible. Her extra time is spent as an archaeologist, orator, author and researcher. She is currently writing her first book, Ondjitigweyaa Madaoueskarini Omàmìwininì (Algonquin People of the Madawaska River Headwaters), a history of the Algonquin people written by an Algonquin Anishinaabekwe.