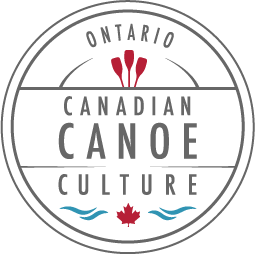 Spring and summer seem to take forever to arrive (this year in particular) and then zip by all too fast once they do. How will you get the best out of our warmer seasons this year? Maybe some camping, canoeing and kayaking? Or how about some cycling and hiking?

Maybe this will be the first year (or the fiftieth!) you head into Algonquin Park on a canoe trip. Whether you’re a newbie and don’t know where to start, or a seasoned tripper looking for something different, we’re here to help you plan.

And we’re here to get you inspired, too. Algonquin Outfitters is sponsoring or hosting multiple events in the next two months. Some are armchair pleasures that will get your adrenaline pumping for your own upcoming adventures. Others will get you out where you love it the most: on the trails and waterways of this beautiful part of the world.

Premiere of Traversing Wild
at the Algonquin Theatre, Friday, May 19th 2017

Why would someone push themselves to exhaustion, going head-to-head against a wilderness that doesn’t care if they succeed? The documentary Traversing Wild aims to answer that question as it follows seemingly normal people as they go beyond their perceived limits to bike, run and paddle to the finish line of a 120-kilometre expedition race in just 24 hours.

Set in the backcountry near Parry Sound, Traversing Wild examines what drives those adventurers; what makes them heroes, if only among a small group of people; and what the rest of the world thinks of their attempts to traverse the wild.

Algonquin Outfitters is hosting the premiere of this documentary, your chance to see it in its entirety before it hits the film circuit in shorter form. It happens for one night only – don’t miss out!

Come out and meet the producer & crew and find out about the Wilderness Traverse adventure race.  Lake of Bays Brewing Co. will also be on hand with some craft beer samples, so be sure to arrive early!

Get your Tickets Here

Algonquin Park Clean-Up Weekend
on Sat, May 27th to Sun, May 28th

You know how important it is to keep the wilderness free of human-made debris, but not everyone seems to. Help out with this annual clean up to keep the park beautiful and tidy, and get half price accommodations at the amazing Wolf Den Hostel and Nature Retreat. If you’re on the backcountry clean-up crew, you also get use of an Algonquin Outfitters Royalex canoe. Show your favourite park some love!
[More Information]

Whether you can’t wait for the ice to go out so you can get out paddling, or you’re a novice who wants to push yourself a bit more, the Big East River X is the perfect way to welcome the return of paddling season. With a 40-kilometre course to challenge more experienced paddlers and a nine-kilometre recreational option for families, novices, or anyone just wanting to spend a day on the water, there’s something for paddlers of all types. Registration is open now.

The annual Spin the Lakes Cycle Tour returns for its twelfth year of glorious riding around some Muskoka’s most stunning terrain. Take it easy with the shorter 20km or 58km routes, or go all out with a full day of cycling 96km or 165km. It’s not a race, though – go at your own pace and appreciate the scenery with support of vehicles, food and water stations. Check out the routes and register here.

The world’s best paddling films – whitewater, sea kayaking, canoeing, SUP and more – from around the world, the Reel Paddling Film Festival is the place to get inspired for your own paddling adventures.

With your $16 ticket to our Reel Paddling Film Festival screening you’ll also receive free digital subscriptions to Rapid, Adventure Kayak, Canoeroots and Kayak Angler magazines, PLUS, ENTER TO WIN AN AQUA-BOUND PRIZE PACK (UP TO $375 VALUE)

Algonquin Outfitters is sponsoring two nights of exciting entertainment with different line-ups each night. Take in one or double your fun and see them all – check out the films featured each night at the links below.

See what films we are showing in Huntsville

See what films we are showing in Haliburton

Marathon paddling event the Muskoka River X has an exciting new format this year. In honour of its fifth anniversary, event organizers are pitting participants against the clock. Solo, tandem, and relay teams race to complete as many laps of a 12-kilometre course as possible in 24 hours. Paddlers from all walks of life – land-based weekend warriors and competitive athletes alike – can come together for some friendly competition, paddling as little or as long as they like.
Registration is open now.

Painting the Wilderness of the Oxtongue
at the Algonquin Theatre, Saturday, July 1st, 2:00 p.m.

What was it like for Tom Thomson and the future Group of Seven painters when they first set out to paint the Canadian wilderness? This documentary brings history to life with a journey along the Oxtongue Waterway near Algonquin Provincial where landscape artists Tom Thomson, Lawren Harris, A.Y. Jackson, Arthur Lismer, Frederick Varley and A.J. Casson began to paint the Canadian landscape in 1912. Proceeds from this show help further the efforts of nonprofit Oxtongue Lake for Arts and Culture (OLAC) to create a better understanding of Tom Thomson and the Group of Seven.

A 100th year anniversary celebration of Tom Thomson and the Group of Seven.

This film documentary brings history alive as it relates the challenges faced by Tom Thomson and the future Group of Seven members when they set out for the first time to Paint the Canadian Wilderness.

Proceeds from this show help further the nonprofit efforts of Oxtongue Lake for Arts and Culture (OLAC) to create a better understanding of Tom Thomson and the Group of Seven.

Join us as this intriguing film returns to the Algonquin Theatre, where it premiered back in 2015.

Are you inspired and ready to hit the trails and waterways this year? Don’t forget to bring your camera along! You could win big with the Great Outdoors Photo Contest, inspired by Tom Thomson and the Group of Seven. They painted what they saw in the landscape – take your inspiration from their love of the land and the beauty of nature and capture your unique personal view of the landscape. The contest is sponsored by Algonquin Outfitters, Cavalcade Color Lab and Lake of Bays Brewing Co.

A few of the photos already entered

Enter your photos any time before September 10, 2017